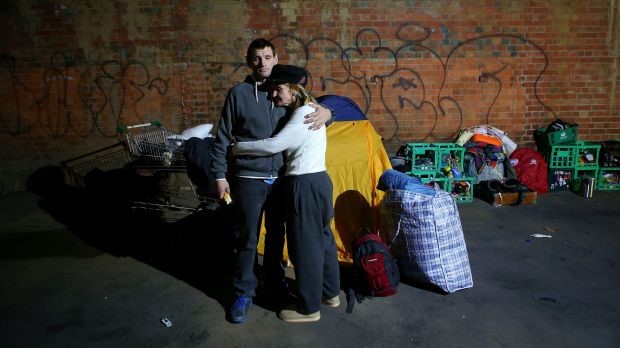 A $45 million state government initiative targeting Victorians sleeping rough has been hailed a “critical turning point” in the ongoing battle to combat the chronic issue of homelessness.

The Andrews government on Saturday announced a raft of measures aimed at intervening early in the cycle of homelessness, particularly in high-need regional centres including Ballarat, Bendigo and Geelong.

A homeless couple after they were evicted from their makeshift camp in Melbourne in June 2016. Photo: Pat Scala

Council to Homeless Persons CEO Jenny Smith described the Homelessness and Rough Sleeping Action Plan as world class and said it was a “light at the end of the tunnel”.

“These announcements are a critical turning point in homeless policy in Victoria. The services that are being announced are undoubtedly best practice internationally and they will begin to turn off the tap of homelessness. 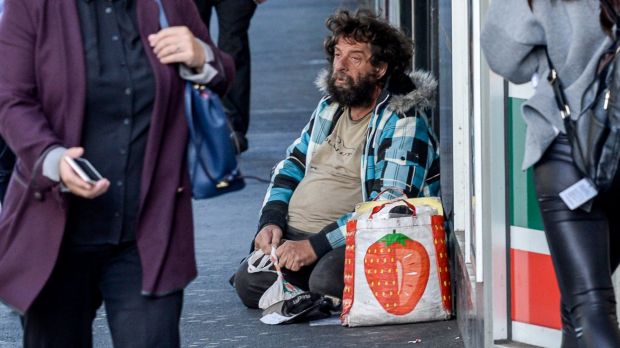 “The assertive outreach services will be able to access people who are not just in the CBD, but also in regional Victoria, and engage them. This is a statewide response, not just a CBD-focused response.”

The government will spend $13 million on 106 new accommodation units, $9 million to develop teams to support vulnerable people once they are housed, $19 million for outreach teams and $4.5 million for therapeutic services to improve health and wellbeing.

Minister for Housing Martin Foley said the investment in rapid housing and outreach teams would give vulnerable Victorians a pathway out of homelessness.

“We want to break the cycle of homelessness in Victoria – that means intervening early, getting rough sleepers housed quickly and connecting them with services they need to turn their lives around. 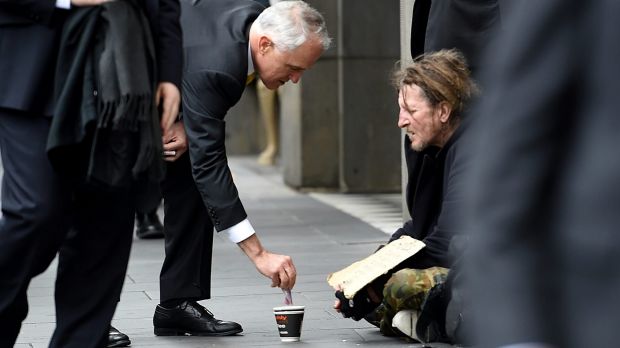 The Homelessness and Rough Sleeping Action Plan was developed by former Brotherhood of St Laurence executive director Tony Nicholson after eight months of stakeholder consultation and comes as part of a larger $799 million response from the Andrews government.

Homelessness is believed to have skyrocketed 72 per cent in the past five years, with approximately 1100 Victorians sleeping rough across the state.

Individuals leaving the prison system will also be assessed for homelessness and given support before they are released to prevent rough sleeping and reoffending.

Ms Smith described the assertive outreach and housing support teams as “trailblazing” and described them as a piece of the puzzle stakeholders have been calling for for a long time.

But she said the federal government needed to match the state government’s contribution with affordable housing funding.

“While this government has announced they can provide 1000 social housing properties over the next four years, to take it to the scale we need which is hundreds of thousands of properties, we need the federal government to be weighing in with a carefully worked out plan.”

“You can get people into crisis accommodation, but unless they’ve got homes, we’re not getting anywhere.

“That’s really what the state government is doing by showing leadership with these announcements, but you can only go so far without the support of the federal government to guarantee a pipeline of social housing to make sure these initiatives are foolproof.”