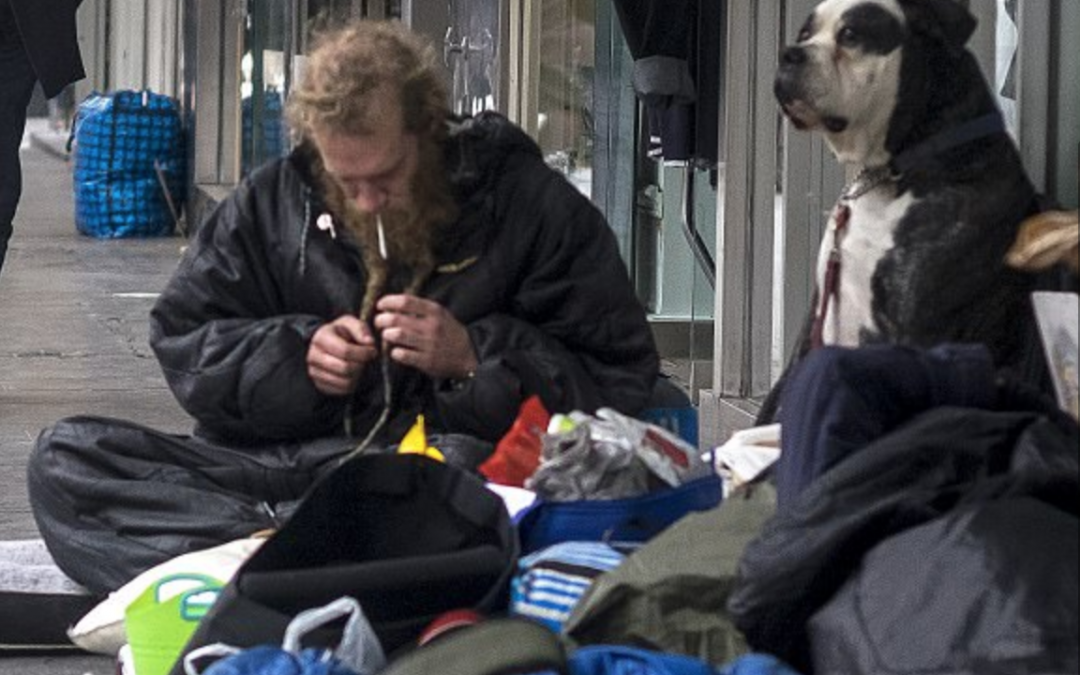 Dozens of homeless people have set up camp along Melbourne‘s Elizabeth Street, harassing pedestrians and blocking entrances to shops.

Local businesses said the rough sleepers were seen abusing and spitting on passers-by, smoking drugs and fighting each other along the busy CBD street.

They were believed to have migrated there over the past four weeks due to restoration works at their usual haunt beside Flinders Street Station.

Flinders Street station was the site of ugly scenes in January when police arrested several homeless and protesters after violent clashes as they cleared a camp.

Similar scenes were now emerging on Elizabeth Street with sleeping bags, furniture and bags of possessions lining the footpaths.

‘They smoke dope… and that’s when all the problems happen. They have pipes and alcohol and it gets rowdy.’ Mr Raniolo said he called police four times in the past month and the problems were getting worse.

Police were called to nearby Traveller Souvenirs and Luggage two weeks ago after a man walked in and urinated on stock.

Victoria Police told the newspaper officers did regular patrols through the area and ‘took appropriate action’ when laws were broken Sugar Station worker Chloe Nelson said young families who frequent the confectionery shop were too afraid to come by.

‘No one can get through. I had a customer who said she almost missed the shop because she couldn’t recognise it with all the people out the front,’ she said.

Ms Nelson said one of the homeless had a large dog that frightened children and another man would hurl abuse at women, calling them ‘sl*ts’.

Victoria Police told the newspaper officers did regular patrols through the area and ‘took appropriate action’ when laws were broken.

‘It’s quiet. Customers are scared. When they get together, they take up the whole footpath. [Customers] don’t feel safe,’ Hair 2 GO Superstore manager Sam Raniolo told the Herald Sun.