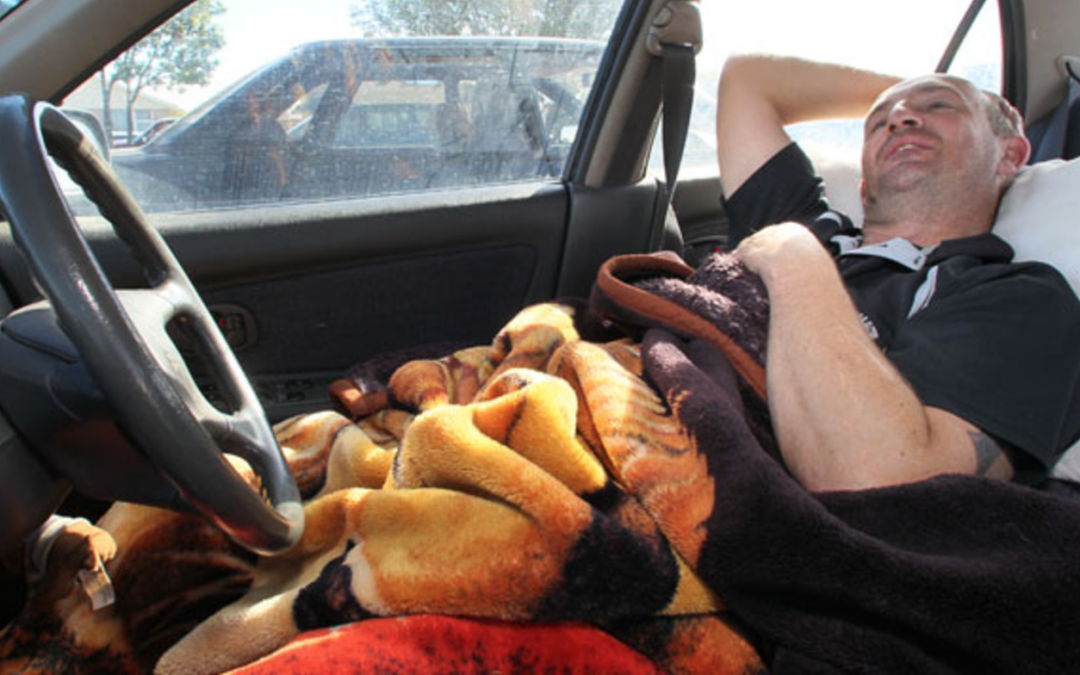 At this stage it is suggested that more evidence of numbers of people sleeping in cars locally be obtained before any decision is made regarding a Gated Car Park. We also need more feedback from people sleeping rough as to their needs and preferences.

Programs have recently been commenced in Melbourne and around Australia to provide mobile services to homeless. These services not only provide food and companionship (eg the ‘soup vans’ which have operated in different localities for decades) but also clothes washing and drying, and showering.

A Gated Car Park’s ability to provide safety would distinguish it from these other services for people sleeping rough. The extent of security required – whether ‘safety in numbers’, a fence and gate, or professional security guard – would have significant implications on the number of sites potentially available, and on operating costs.

A Gated Car Park would only provide security to those who have cars; others who are sleeping rough would not benefit. Appropriate crisis accommodation (eg a custom facility, or even a motel room, or caravan park cabin) for people at risk of homelessness is disturbingly inadequate; in addition some of the very few ‘shelters’ available apparently have a poor reputation amongst many homeless.

A permanent Gated Car Park that was also open on weekdays would provide an excellent point of contact between homeless people and health, welfare and housing professionals. Funding might even be available from such services.

Another service that would provide security at night is the ‘SleepBus’, currently being trialled in Melbourne. In addition to providing safety, this would be the only (mobile) service to homeless that provides a warm, comfortable, and safe sleep.

The potential need for a secure car park in the area arose as an issue some two years go after a SHAC member who had visited CityLife in Frankston for some 12 months reported that of four men (including a couple) he had met who were sleeping in their cars all but one had been assaulted. It was felt that a secure night-time (only) car park might provide them with safety and dignity, especially if toilet and basic kitchen facilities could be provided.

Soon afterwards came the news of a young homeless couple killed while sleeping in their car, which had been parked on a lonely track on the outskirts of Ballarat. The cause was thought to be a butane gas heater they were using to keep warm on a cold winter night. In Ballarat particularly it provoked soul-searching about the ‘forgotten people’ and increasingly unaffordable housing.[1]

Gated Car Parks appear to have originated in California. Around 2008, as foreclosures hit, those who had always struggled with homelessness were joined by senior citizens, women, and formerly middle class people with part-time jobs. By May 2008 a homeless outreach organisation in affluent Santa Barbara had a chain of 12 overnight car park refuges (including one ‘women-only’) on church and other not-for-profit properties.[2]

As the Global Financial Crisis impacted more widely the model appears to have spread across the USA, with many ‘working poor’ families forced into temporary accommodation such as private motel rooms, and the overnight ‘gated car parks’ set up by community groups. This was revealed to Australia in the Four Corners program ‘America’s Broken Dreams’ in February 2013. Around the same time, web searches revealed Gated Car Parks in the UK and India. Recently however many US Walmart stores have reversed ‘overnight parking’ permissions (apparently used principally by ‘Recreational Vehicle’ travellers) due to security issues that have arisen.

We know of and have been in contact with just one Gated Car Park in Australia, at Lake Macquarie, NSW.[3] Called ‘Our Backyard’, it is said to be an Australian first. It was initiated by local charities, Eastlake Women’s Refuge, and Path to Change, in early 2014. It is situated in the grounds of The Macquarie Life Church, which also pays to rent the demountable buildings for its kitchen, bathroom, office etc. Being a permanent facility, patrons are not required to move on during the day. In addition to offering a ‘safe haven’ (through numbers, rather than fences and gates), the facility also provides ‘a hub’, with access to a full-time caseworker (funded through the community welfare groups which auspiced the project). A staff member case-manages residents, helping with applications for jobs, housing etc. Local charities and community groups (churches, Rotary Club etc) help with cleaning, maintenance, food and companionship. The co-ordinator says it is working very well.

‘Our Backyard’, say its proponents, is a response to the changing face of homelessness:

“These aren’t the traditionally homeless people – they’re people who’ve not been able to pay their rent because they’ve lost their job, but they’ve still got their car.

Its that pocket of people in the community that really aren’t recognised as homeless, because they’ve still got some resources about them.”[4]

[1] The Age, 26th July 2014, ‘Young homeless couple in Ballarat found dead in car from heater’; The Courier, 26th July 2014, ‘Residents shocked after homeless couple, dog, found dead in car near Ballarat’. This incident may have contributed to the organisation by the Ballarat Interfaith Network of a well-attended forum on homelessness in the city in August 2015.
[2] CNN, 20/5/2008: http://edition.cnn.com/2008/LIVING/wayoflife/05/19/homeless.mom/; also Daily Telegraph (UK), 21/5/2008: http://www.telegraph.co.uk/news/worldnews/northamerica/usa/2003921/House-prices- force-Americans-to-sleep-in-cars.html
[3] ‘Our Backyard’, Notes to SHAC, MaryAnne Hickmott; Note that an article in Central Coast Gosford Express Advocate, 23/7/2013, ‘Homeless told to leave the Central Coast if they want affordable public housing’, suggests that there were by then a number of gated car parks in NSW.