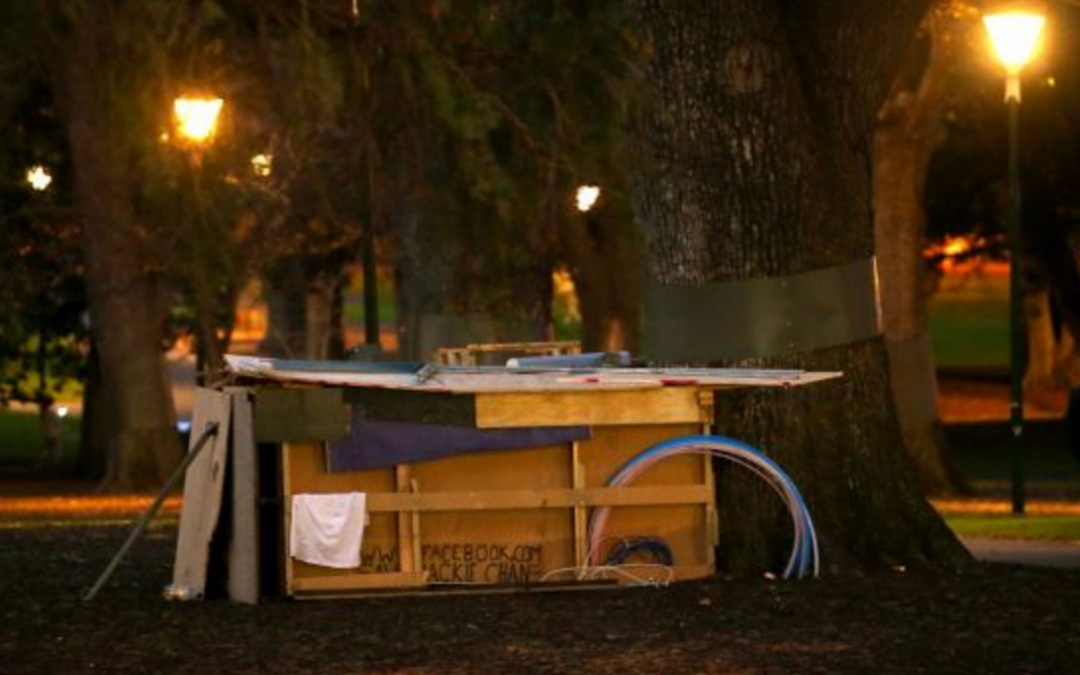 Alan Tootell’s home of 25 years is up for sale. So are the other 49 units at St Kilda’s City Gate Apartments. Nearby, the Gatwick Private Hotel, with rooms for up to 100 people, is also on the market.

These two big private properties have long been the final resort for people with nowhere else to go.

And when they close, Mr Tootell has no idea where many of the residents will end up.

In the past five years, at least 300 beds of last resort in the inner and middle suburbs have succumbed to gentrification as large boarding houses, low-cost motels and even caravan parks are snapped up in Melbourne’s booming property market.

Housing workers say losing these beds is having an alarming impact on Melbourne’s homelessness crisis.

The rapid disappearance of traditional rooming houses is a large part of the reason why the number of people sleeping on the streets, which had been stable for a long time, has almost doubled in the past two years.

Recent rooming house closures include Fawkner Mansions in Prahran, the Hub and DDD’s in Fitzroy, and Bethel in Oakleigh. Meanwhile, the Elwood Sands Motel and the Half Moon Caravan Park in Brooklyn have also closed.

Although these places could be dangerous and dirty, their loss means far fewer options.

He says he feels “massively” conflicted about the sale and worries for the residents’ future but cannot see how it can remain viable.

Rent had increased marginally in recent years, but cost pressures could not easily be passed on to residents. “It’s just not sustainable (but) our market can’t afford any more,” he said.

Melbourne City Mission’s Sherri Bruinhout said that in the past two years the number of hotels and rooming houses available to the youth homeless service had plummeted from 60 to just three.

She said some had been sold by investors or converted into student accommodation, “where you can charge the same price but you don’t have the same sort of social issues”.

In other cases, rooming houses had changed their minimum age to 21, locking out younger homeless people.

While there has been a measured 74 per cent jump in the number of rough sleepers in Melbourne’s CBD, Ms Bruinhout speculated there was also something else at play.

She said that while many people used to feel a “deep sense of shame” about being homeless, in recent times rough sleepers had become more assertive.

“Now people are thinking, ‘I’m not going to hide myself away to make people feel more comfortable’,” Ms Bruinhout said. “I think people aren’t willing to slink into the shadows any more.”

And now people who would never consider a rooming house are competing for beds in the properties that remain.

Meryula, a 40-room house in Balaclava, has been taking calls from people with good rental histories who have been priced out of the private rental market.

“I get an average of four phone calls a week from people looking for accommodation because the place they are in is being sold,” says Robin Green, the home’s manager, who has lived there for 15 years.

“The risk of constant development is that we end up with a very sharp and shiny city, but it becomes a city that has no heart and has no soul.”

In the 2011 Census, more than 750 people were counted as homeless in the Mornington Peninsula.

Another 300 people were living in caravan parks.