Thousands of Australians still turned away from homeless services 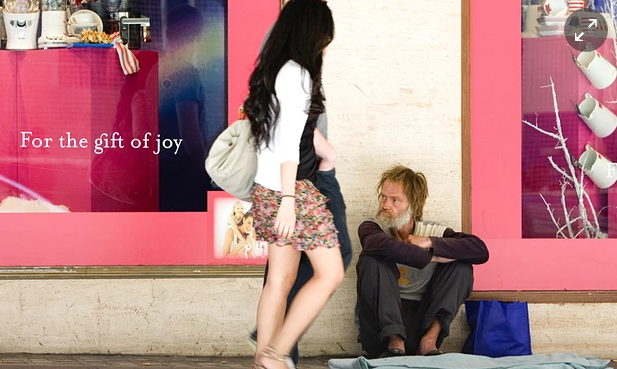 Despite a decline in the number of people whose needs are not being met, nearly 120,000 who contacted services could not find help, most of them women

The Australian Institute of Health and Welfare has said an average of 329 people a day are being turned away from homelessness services. Photograph: Jenny Evans/AAP

There has been a sharp decline in the number of people seeking specialist homelessness services who leave with their needs unmet, but an average of 329 people a day still get turned away, a new report has found.

The Australian Institute of Health and Welfare has released its fourth annual report on specialist homelessness services, which refers to crisis accommodation, financial support, counselling services and legal aid and advocacy for people who are homeless or at risk of homelessness.

One in three people seeking help for homelessness are escaping family and domestic violence situations. Sixty per cent of those seeking support are women, and one in four of those who are turned away are women aged 18 to 34.

Women’s service providers had criticised the federal government for cutting money from some homelessness services and failing to provide long-term certainty for others, saying the cuts adversely affected survivors of domestic violence. The social services minister, Christian Porter, has of how the homelessness sector, which gets funding from states and the Commonwealth, is financed.

The report also found that a large number of clients were undergoing a mental health issue at the time they sought assistance. Approximately one quarter of clients in the 2014-15 financial year fell into that category, up from previous years.

While the nation’s 1,500 specialist homelessness service organisations helped more than a quarter of a million people – 255,000 – in the 2014-15 financial year, nearly 120,000 more got turned away. That is an average of 329 a day, though the number is down significantly from the previous financial year.

Women are the most at risk, representing two-thirds of the clients who get turned away. The majority of the women turned away are seeking crisis or short-term accommodation.

Aboriginal and Torres Strait Islander people are over-represented among homeless people, making up 25% of clients seeking support, but comprising only 3% of the overall Australian population.

Young people are more likely to find themselves homeless, but there has been a steady increase in the number people aged 65 and over who are are now seeking support.

Earlier this year, welfare group Anglicare warned that older single women were the new face of homelessness in Australia, as many are retiring with little or no superannuation, or leaving abusive relationships.

“Taking into account population differences, remote/very remote areas consistently reported the highest rate of homelessness service use,” the report said. “These areas also showed the largest growth in the rate of service use, increasing by an average of 6.1% each year.”