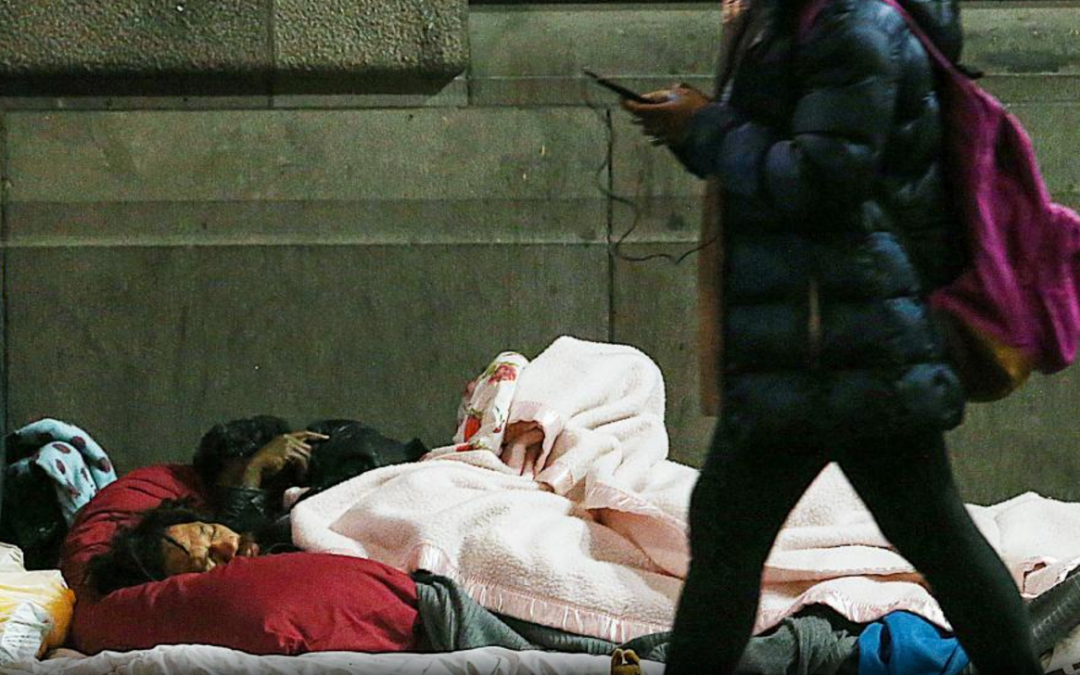 I FEEL like I’m living in a parallel universe. Melbourne has just been named the world’s most liveable city for the sixth time. Yet two weeks ago, a homeless man died on our streets from a massive heart attack.
Unfortunately, the coroner’s report will probably not name the real cause of his death: homelessness. He is one of so many forgotten people who are victims of the insidious and debilitating effects of life on the streets. Throughout this winter, with the support of the City of Melbourne and the Collingwood Football Club, the Salvation Army at Bourke St has opened its doors overnight to between 75 and 85 people who choose to sleep on a slab of concrete inside our building rather than outdoors on the bluestone pavement.
While that’s happening, other Melburnians will be celebrating the accolade that has again been bestowed upon our city.
I suspect it’s not only me who thinks we are witnessing the growth of two Melbournes. Everywhere I go, people want to talk about our homelessness crisis. I have been working in the city for 13 years, and I have never seen such concern about homelessness by so many people from such a variety of backgrounds. People have every right to be alarmed. Rough sleeping is in the face of every person who visits the city but it is also an increasing issue in the suburbs, regions and rural areas.
Homelessness is at crisis point. In 2009, the City of Melbourne commenced its Street Count, which estimates the number of people sleeping rough in the city. In that year, 75 people were counted as rough sleepers. In 2014, the number had jumped to 142. In June this year, Melbourne had experienced a 74 per cent increase with the figure rising to 247.
Remember that number only identifies those sleeping rough. The Australian Bureau of Statistics definition of homelessness states that: “When a person does not have suitable accommodation alternatives they are considered homeless if their current living arrangement: is in a dwelling that is inadequate; or has no tenure, or if their initial tenure is short and not extendible.”
That is why the 2011 Census found that 105,237 people were homeless across Australia. I have a strong sense that when the 2016 Census results are in, there will be a significant increase.
These people are more than just another statistic. They are someone’s daughter or son. Someone’s brother or sister. In some cases, someone’s parent or even grandparent. They are just like you and me. In fact, if our circumstances change with the loss of a partner, job or deteriorating health, it could very well be you or me.
That is why I found this year’s federal election so astounding. Even though we endured the longest campaign in decades, homelessness didn’t get a mention. Not one.
Homelessness and all of its contributing issues are so complex and so entrenched, that providing a meal here, some clothing and blankets there and a couple of bucks to a few will do nothing more than ease our conscience but further entrench the problem.
This issue demands significant, long-term strategic thinking and investment at a national level.
But the journey to homelessness rarely begins in the city. Sometimes it begins years earlier in the suburbs or in a regional or rural area. It can involve trauma caused by physical, emotional or sexual abuse or domestic violence. That can lead to mental health issues and the overuse of alcohol and prescription or illicit drugs in an attempt to alleviate their pain. From there, the step into homelessness, particularly in and around cities, is a short one.
If we are going to address homelessness, it will not be by throwing more resources at services in cities. Governments and agencies must invest more in prevention and early intervention in suburbs and regional and rural areas. Then over time, I believe, we would see a significant reduction in the number of rough sleepers in our cities.
But to do that, we must rise above petty politics and develop a national bipartisan approach to homelessness. A long-term strategy needs to be developed that addresses all of the contributing issues, including a lack of affordable housing.
Homelessness is not just a matter for governments. It is something we should be ashamed of and work together to eliminate.
May Australia become a nation of people who remain united in their commitment to each other and especially the vulnerable.
Please follow and like us: