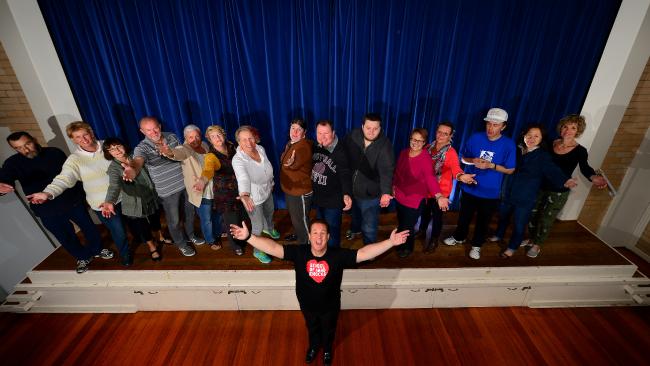 A NEW Frankston choir to support the disadvantaged and homeless has found a powerful voice.

Famed Choir of Hard Knocks founder Jonathon Welch has thrown his weight behind the Voices of Frankston group.

“It’s exciting to be here and I wanted to come to this beautiful part of the world to create more community through singing,” he told the Leader.

“The inclusion factor (provided by the choir) is very important.’’

Mr Welch said singing and being a member of a choir built confidence and self-esteem­ for participants.

“They are making new friends and forming a musical family. It’s a big collaborative project and we want the whole community to be involved.”

Former Rotary district governor Janet McCahon, who approached Mr Welch to set up the choir, said the group was a major plus for Frankston.

“I have been running breakfasts for the homeless and it’s glaringly obvious there’s a lot of people in Frankston who need a hand up and not a hand out,” she said.

Jenni Forbes, who has battled mental illness, signed up for the group.

“I am really pleased to be part of the choir,” the 30-year-old said.

Ms Forbes said she enjoyed the companionship and singing.

Singers who can act as “choir buddies” for Voices of Frankston members are needed.

The choir meets at Frankston Uniting Church, High St, on Wednesdays at 10am followed by lunch.