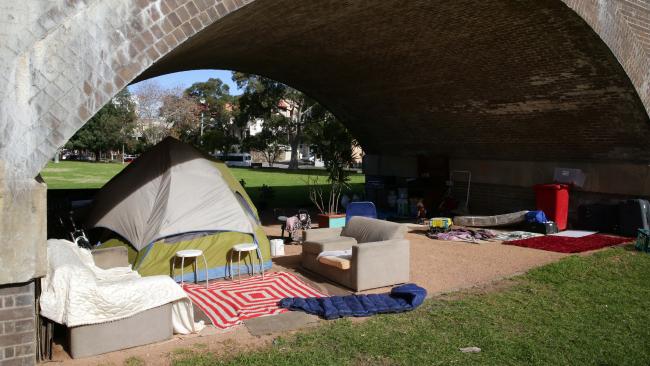 THE spectre of homelessness in old age weighs heavily on those lacking the job prospects and mobility of someone younger.

This is especially so for older renters.

The latest Australian Bureau of Statistics figures show that from 2006-2011 there was a 40 per cent increase in the number of people aged over 55 renting privately on the Mornington Peninsula.

The figures taken from the 2011 census show a trend that those working in the aged housing area say is not going anywhere but up. And they mirror the 44 per cent national increase in older renters (over 55).

They reinforce a growing concern that – as renters – more and more elderly residents are at risk of losing their homes through eviction, lack of affordability or because their house is becoming unsuitable without handrails, ramps or walk-in showers. Often landlords will not approve the changes as they incur unwanted costs.

A study by Swinburne University and the Australian Housing and Urban Research Institute shows:

The study also found that baby boomers are more likely to rent and less likely to own a home than previous generations and that, overall, rates of home ownership are falling while rental rates are rising.

On the peninsula, the average rent for a two-bedroom apartment is $290 a week. This means tenants on the pension pay 60 per cent of their income on rent – forcing them to sacrifice essentials such as heating, electricity and health care.

To help them, Housing for the Aged Action Group (HAAG), in partnership with Mornington Peninsula Shire, has launched Ageing at Home – the Older Persons Housing Information Strategy.

It aims to ensure that older people in housing difficulties get the help they need through easy access to services, and especially in finding long term, affordable – and secure – housing that is adaptable as they age.

This scenario is especially relevant to older women who may have spent time out of the workforce raising children, have come from low-paid jobs and have limited superannuation. Living longer than men, on average, may leave them unable to pay private rents when their partner dies.

Mr Fiedler said the housing situation “could be horrible” for aged renters – and made worse by “years of under-spending in public housing”.

Rosebud, Mornington, Hastings and other and parts of the southern peninsula have significant numbers of aged renters – many living in former holiday homes. Poor insulation and inadequate heating makes them cold in winter and poorly suited to aged living. And, with no caps, rents can double overnight leading to an accommodation crisis.

Mr Fiedler said older renters should take action “before there’s a crisis” to transition to private ownership by applying for public housing in areas where they prefer to live. This housing comes with lifetime tenure, rent is 25 per cent of the pension, and they are purpose built for the elderly.

“It’s a good idea to plan ahead – before there’s a crisis,” he said. “There’s access to this type of housing across the peninsula which is in good condition, has a walk-in shower, fewer steps and ramps that suit the elderly. Much of it is in small clusters with neighbours of the same age in a community setting.

“People have a right to live happy and fulfilling lives – no matter what their age.”

Meetings organised by Consumer Affairs Victoria next month will discuss affordable housing options for seniors, including tenants’ rights and responsibilities in retirement housing and private rental, as well as how to avoid scams.
Shire venues and dates are:

TWO elderly pensioners living in Rosebud West are anxious to get out of their private rentals and into public housing.

The reason: They’re tired of rising rents and concerned that eviction may occur at any time, leaving them homeless.

They are among hundreds of pensioners renting privately on the peninsula – many faced with the same dilemma. “If the rent ($260 a week) goes up again I will have to leave – but I don’t have anywhere else to go,” one said. “The rent goes up every six months and everything else goes up except the pension.

“We both need a place where we can stay permanently and where the rent is reasonable.”

The women (names withheld) are keen to attend the Rosebud meeting to discuss public housing options that will improve their situations.

Hopefully, they will be able to find a home near others in the same age bracket.