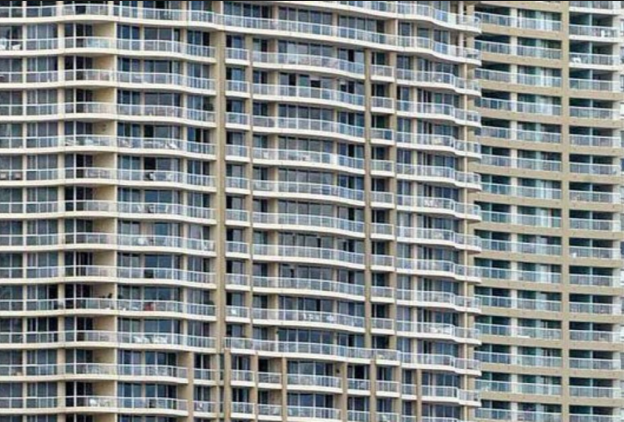 To see Australia’s shortage of affordable housing as a failure of government is to misunderstand the politics that underpin housing. The vast proportion of government money spent on housing directly benefits the well-off at the expense of private renters and public housing tenants.

Government policy has not, on the whole, failed. It has been a huge success insofar as protecting the opportunities for speculative investment and profit for homeowners and private landlords.

If the government was serious in wanting to end the housing crisis it would need to invest in new social housing and pursue measures that choke off, via tax reform, the opportunities for profiteering currently enjoyed by landlords and homeowners.

The pursuit of these options would be bitterly opposed – not least by many homeowners and property investors, as it would lead to a fall in house prices.

Why this misdiagnosis persists

The government’s current housing response can be viewed as a charade. Ministers have been able to convince many that the government is working hard to put in place measures to fix the problems faced by low-income households.

There are two discernible ways that the government has maintained this charade. The first is by permeating an impression that action will be forthcoming. Social Services Minister Christian Porter recently announced that he would be establishing a working group to explore ways to improve the availability of affordable housing.

Porter’s working party should come as no surprise. Over many years, governments have undertaken many reviews and enquiries.

Second is the recycling of a set of myths. Among these is that public housing is a failed policy that reinforces welfare dependency and that state and territory planners impose arbitrary rules and regulations that impede new housing development.

Public housing and planning regulation are framed as dysfunctional. We are told that affordable housing would be built quickly if the commercial sector were not impeded by bureaucratic demands.

Should we discard statements from the government that effective reforms are underway and recognise that the prospects for low-income Australians will deteriorate over the coming years? Already there are as many as 105,000 people who are without a home and 160,000 households on public housing waiting lists. The overall stock of public housing had fallen from 331,000 units in 2007-08 to 317,000 in 2013-14.

The Productivity Commission estimated that the proportion of low-income households in housing stress – that is, those that pay more than 30% of their income on housing-related costs – increased from 35% in 2007-08 to 42% in 2013-14.

In its 2012 report, the former National Housing Supply Council highlighted that between 2002 and 2012 rents increased in nominal terms by 76% for houses and 92% for flats. And the median value of a home in Australia is now A$576,100.

Sticking to the script

There are already signs in 2016 that the government intends on sticking to the usual script – one that frames the affordability crisis as stemming from a shortage of land, excessive red tape, and high labour costs within the building industry.

Three critical elements that require government attention. One – land release. Two – the cost of building – and this is in particular in relation to the inner city apartments where there is an urban infill. The third is bureaucracy.

Hunt’s attribution of the causes of the housing affordability crisis are broadly in line with the pronouncements of finance, developer and real estate lobbyists. All have made similar claims and work tirelessly to safeguard the opportunities for profit-making that exist when housing is in short supply.

It is no coincidence that supply-side interventions, such as sustained investment in public housing, have been eschewed in favour of demand-based subsidies. The latter includes initiatives such as Commonwealth Rental Assistance and inputted tax subsidies that enable landlords to boost their profits, alongside first homeowner grants and the exemption of capital gains tax for owner-occupiers when they sell their home. This amounted to A$54 billion of revenue forgone in 2016.

For those who wish to reap profits from their housing investment, there are good reasons to maintain the status quo; for a shortage of supply to continue and for public housing to remain a stigmatised tenure only available for those without any recourse elsewhere.

Stressing land release as a significant cause of the affordability crisis is misleading but not surprising. This is the claim repeated by developers who wish to increase their profits. It is not uncommon for developers to delay development plans on land they have acquired on the expectation that the opportunity to secure greater profits will accrue when the land value increases at a later stage.

It is disappointing that Hunt offered such a myopic explanation of the housing affordability crisis. A more insightful analysis would attend to the failure to invest in public housing, the subsidies that distort the private rental market such as negative gearing, and the tax privileges that are extended to homeowners.

The housing problems experienced by low-income households are a symptom of entrenched inequality within Australia. Public and private tenants remain disadvantaged and have to endure problematic tenancies that are increasingly insecure. Unless this inequality is addressed, Australia’s housing problems will endure.